As I said at the end of my previous post, Justin Lewis-Anthony suggests that Bosch’s Christ Mocked reflects two themes concerning the nature of Christ that “speak particularly to us today”. Each theme is concerned with answering Jesus’ question: “Who do people say that I am?” – a question that Christ’s gaze at us out of Bosch’s painting asks with fresh intensity.

The first of these themes is trust. In a suspicious and cynical world, Jesus stands as one whom we can trust – above all, as one we can trust in his vulnerability, smallness and weakness as a human being. Lewis-Anthony observes that the negative reactions to Mark Wallinger’s Ecce Homo (“You couldn’t put your faith in someone like that, he’s as weak as a kitten!”) show how hard we find it to trust someone who is vulnerable and weak.

However, vulnerability, smallness and weakness are qualitatively different from ours:

This reminds me of James Alison’s emphasis on Jesus as the one whose desire is entirely without rivalry towards others – in contrast to our own desires, which are formed in imitation of others (“mimesis”) and consequently put us into rivalry with those we imitate.

Rivalry destroys trust, but – as Bosch depicts so powerfully in this painting – Jesus stands before us as one whose love is entire without rivalry and hence entirely to be trusted. Faith in Jesus – trusting him – is, in Rowan Williams’ phrase, about “living in Jesus’s company”.

Lewis-Anthony goes on to quote Williams as follows:

Trust this, live in Jesus’ company, and you become a citizen of a new world, the world in which God’s rule has arrived. You will still be living in the everyday world in which many other powers claim to be ruling; but you will have become free of them, free to co-operate or not, depending on how far they allow you to be ruled by God. And what you do and say will become a sign of what is coming. Your life will give a foretaste of God’s rule… 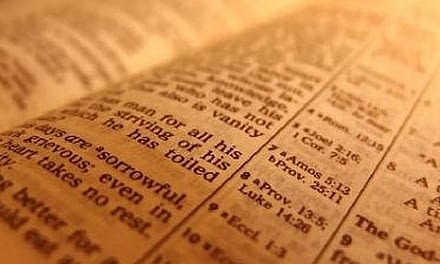