I went (with E) to a lecture by Slavoj Žižek last night – one of his popular, “intellectual showmanship as the new rock ‘n’ roll” lectures rather than one of his weighty, academic lectures on critical theory or Hegel or whatever. The lecture was based loosely on his most recent book, Living in the End Times, and focused on the role of ideology.

If you’ve never seen Žižek in action, it’s well worth doing so – I’ll post a link to the video of last night’s lecture once it’s available. If you have seen him on screen or in person, or if you’ve read any of his books, you’ll know what it was like: an hour-long whirlwind of pop-cultural references, Marxist analysis and outright contrarianism (“The King’s Speech is a deeply ideological movie”).

As such, an orderly, linear blog post summarising his argument is impossible – at one point one of my scribbled notes just read “fetishistic” – so here are just a few snippets from his lecture (and/or thoughts triggered by it).

The King’s Speech and The Black Swan

Žižek opened with a couple of references to recent films as examples of how ideology operates in today’s society.

First, The King’s Speech, which he characterised as a film about an intelligent man (who is intelligent enough to realise how preposterous it is for him, or anyone else, to be a king) who is able to become stupid enough to take up the role of authority bestowed upon him – the critical scene (spoiler alert) being the one in which Logan sits on the throne and George shouts that Logan has no right to do so, but that he does “because I am king by divine right!”

Žižek argued that the film’s ideological purpose is to show how men, who today often feel uncomfortable simply taking upon themselves traditional “authority” roles (husband, father and so on), must make themselves stupid enough to be able to do so.

While The King’s Speech is about how men can enjoy both a private/family life and a public one provided they make themselves stupid enough to do so, The Black Swan (which I haven’t seen, so please forgive any plot-mangling or inadvertent spoilering) is about how women have to choose between the two – and if they should choose to forego the path of romance and family life in favour of pursuing their public career, then they will die. (*laughter in audience*)

One of Žižek’s key points was how, in order to identify and understand ideology at work, we need to look not only at what is said, but at what is not said. He illustrated this with an exchange from an Ernst Lubitsch film in which the protagonist asks for a “coffee without cream”. The waiter replies, “I’m afraid we don’t have any cream. Would you like a coffee without milk?”

As a practical illustration of this, Žižek cited Brazilian carnivals, which are seen as a setting aside of all sexual, racial and class differences in a common celebration. However, there is a big difference between a poor worker deciding to set aside his daily struggles in order to celebrate the carnival and a rich banker who sets aside his privilege in order to feel part of the common mass of humanity. The worker is having coffee without milk, while the banker is having coffee without cream…

Catastrophic, but not serious

Žižek argued that this phrase describes our current position as we face economic and ecological catastrophe: we know the position is catastrophic, but we are unable to take it seriously. Ideology is not about what we know or don’t know, but has a deeper, underlying position: so that we know, but act as if we don’t know it.

Look for the hamster

Žižek has little time for those who affect a cynical detachment from the world and call it “realism”. He sees this as “fetishistic”: not necessarily in the sense of a sexual fetish, but in the sense that what one really feels is dissociated from its true object and transferred onto another.

He gave a heartbreaking example of this: a friend of his whose wife had died, suddenly and very young, from breast cancer. Žižek and his friends were shocked at how, from immediately after his wife’s death, the man was able to speak openly and without emotion about the terrible suffering she had undergone in the final two months of her life.

Then they realised that, whenever he did so, the man was holding and stroking his wife’s pet hamster. On some subconscious level the man had “fetishised” the hamster so that it now represented his dead wife – and so he could feel that she hadn’t really gone. Six months later, though, the hamster died: and the man underwent a complete emotional and mental breakdown that resulted in his hospitalisation.

So Žižek claimed that when we encounter someone who claims to be totally detached and cynical, to see the world as it is, a meaningless void, then we should not engage with them on the level of rational argument (“The world has so much beauty and meaning!”). Rather, we need (as it were) to “look for their hamster”, the object or concept that enables them to distance themselves from what they truly feel.

As he put it: “We believe much more than we think we believe”.

Another function of ideology, Žižek asserted, is to make us understand a phenomenon (such as capitalism) only in terms of its positive features, and to see its negative features, its exploitations, horrors and contradictions, as merely “distortions” or “corruptions”.

The Democratic Republic of the Congo, for example, is a “totally non-functioning state”, racked by civil war, divided into the fiefdoms of competing warlords – each of whom is supported by contracts with western mining corporations for metals and minerals which are essential for our electronic equipment. It is tempting to present the DRC as an aberration or distortion, an example of a “primitive” nation that hasn’t yet fully developed into “civilised” capitalism. However, Žižek argued, instead we should see it as part of the totality of today’s capitalism.

Whatever you think of that particular example (and I don’t know enough about the DRC to judge), that idea of engaging with the an idea in its totality, rather than just dismissing the negative aspects as “aberrations”, is one I will carry away from the lecture. It’s a particularly important one for Christians, who often try to dissociate themselves from the horrific aspects of church history (and of current situations within the church) in this way.

The area where Žižek’s lecture intersected most clearly with current practical politics was the change in the nature of universities that is currently underway. Žižek argued that what is happening in the UK, with the introduction of tuition fees and the consequent privatisation of university education, is part of an international trend in which “the university is no longer to be a space of freedom but a socially-useful factory for producing experts”.

As for how we oppose this, Žižek suggested that we should throw back at conservatives their own professed concerns about “European values” or “the Judeo-Christian legacy”, pointing out that the greatest threat to the “Judeo-Christian legacy” (in particular the positive legacy of freedom of thought) comes, not from Muslims or immigrants, but from the very measures which conservatives now propose, such as the marketisation of universities. “Do not concede to the enemy too much”, and in particular do not concede to conservatives the mantel of “protecting European values”.

Žižek argued that the old capitalist framework of ideology was based on education and law. However, today these are being superseded by the market. The logic of market competition is the hegemonic ideology of today.

So in education, the bourgeois conception of education as a pure space which exists above and outside the market is being replaced by education as a privatised product. And in politics, democracy is now a market exercise in which what is on offer is not competing ideologies but a decision as to “the best party to do the job”.

Why is there no sex at the end of the most recent Bond film, Quantum of Solace? Žižek suggests that it is for the same reason that Dan Brown’s The Da Vinci Code contains no sex between Robert Langdon and Sophie Neveu, and the film version of The Lost Symbol actually removed a sex scene that Brown had included in the novel: any form of passionate attachment is seen as a threat in our narcissistic, solipsistic and individualistic culture. (It occurred to me that this might also be relevant to the so-called “hook-up culture”.)

Neoliberalism, Žižek asserted, is “an ideology, not an economic reality”. No country in the world actually practising neoliberalism as an economic system – least of all the United States, as evidenced by the bank bailouts.

Rather, neoliberalism is an ideology used to justify economising at home (cuts to education or health) or to put pressure on third-world nations.

What Žižek is most afraid of…

…is summarised by a manifesto issued by recent Spanish protests against government austerity measures. Žižek described this as “totally apolitical”, going out of its way to emphasise that the protestors “were neither of the right nor of the left”, but were rejecting the entire political class.

What Žižek found depressing about this leaflet was that, while it stated the protestors’ intention to dismantle the entire political class, it still did not say “We the people will do this”, but was still a call for “someone” to do it.

And the problem when people call for “someone” to do something is that “the place of this ‘someone’ may be taken by who knows who”.

There is no alternative

The biggest weakness for the left is that “we do not have, even in the barest outline, an alternative to propose”. Žižek described friends of his who express great excitement about what might happen in Greece, but who then have no answer when he asks “What happens next, after the collapse? A bit of Keynesianism? Nationalising the major industries? What?”

A divergence is arising in terms of what is seen as possible and what as impossible. In the sphere of private life, technology is seen as having the potential to make practically anything possible: artificial organs to prolong life, and so on. However, in the economic and political sphere, almost everything is impossible: we can’t spend more on health, we can’t change the economic system, and so on. This is the work of ideology.

The role of the critical intellectual

Žižek argued that the role of “critical intellectuals” such as himself is “not to provide solutions, but to open up space in which alternatives can be thought about”.

I’m sure that’s one reason why his freewheeling, scattergun approach is so effective. The point is not whether one agrees with everything Žižek says. I strongly doubt that Žižek agrees with everything Žižek says. However, what he does is to spin your head round a few times so that you are jolted into thinking about things you normally take for granted. This is surely a healthy thing to do: if not quite cleansing the doors of perception, then at least opening them a little wider. 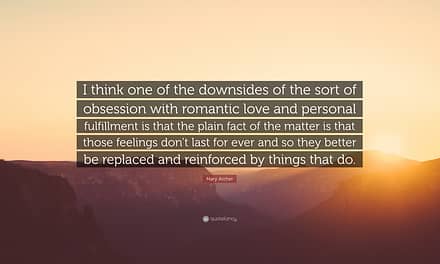