Today is Transfiguration Day, and this morning’s readings in the St James Daily Devotional Guide were 2 Peter 1:13-21 and Mark 9:2-10.

I was struck by how the Transfiguration expresses the paradoxical relationship we as Christians have with the Old Testament. The OT is both superseded and reaffirmed – a paradox which we sum up in the word “fulfilment”.

The superseding of the OT can be seen in the passage in Mark. Moses and Elijah appear with the transfigured Christ, and Peter, terrified, says:

“Rabbi, it is good for us to be here; let us make three dwellings, one for you, one for Moses, and one for Elijah.”

At that moment, a cloud overshadows them, and they hear the voice of God the Father saying:

“This is my Son, the Beloved; listen to him!”

Suddenly when they looked around, they saw no one with them any more, but only Jesus.

Part of what is going on here seems to be this: when Peter suggests making “three dwellings”, for Moses, Elijah and Jesus, the implication is that Jesus is simply a third stream of revelation added to the witness of the law (Moses) and prophets (Elijah).

However, the voice tells them that Jesus is not merely another source of revelation, but “my Son, the Beloved”. The apostles are told to “listen to him!” – giving him priority over Moses and Elijah. And then when they look around, Moses and Elijah have gone, and they see “only Jesus”; the one Word of God.

Taken on its own, this account could turn us into Marcionites, ditching the entire OT as “sub-Christian”. So it’s as well that Peter himself counteracts this when, towards the end of his life, he takes it upon himself to “refresh [the] memory” (1 Peter 1:13) of his congregation.

Having confirmed that the story of the Transfiguration is no “cleverly devised myth”, but rather an eyewitness report, Peter writes:

So we have the prophetic message more fully confirmed.

In other words, the Transfiguration proves that the OT prophets were telling the truth. Their message has not been set aside, but “more fully confirmed”. If we are now to listen to “Jesus only”, then it is a Jesus who confirms and fulfils the message of Moses and Elijah, and who cannot be understood or known without them. 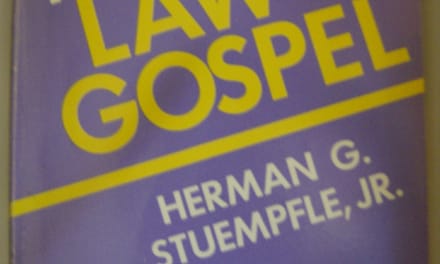 Parenthood: assisting in the Bright Affair